Carrying the past into the future

HomeCarrying the past into the future

As we work to wrap up our program, we had a special guest visit us. Elder Susan Toolooktook came as a guest speaker. She told us the story of her double marathon “Walk for Love” to Nauhaaq nearly 25 years ago. Like Elder Atutuvaa’s visit, Susan shared some inspiring messages.

As I mentioned in the last blog entry, Susan wanted to raise awareness about food insecurity in Baker Lake. She started out walking early in the morning on February 14, 1992 with her little dog at her side, and the journey lasted six more days. Behind her she was pulling a qamutik loaded with some modest supplies she needed for her journey. She was headed for Nauhaaq mountain across from Baker Lake. 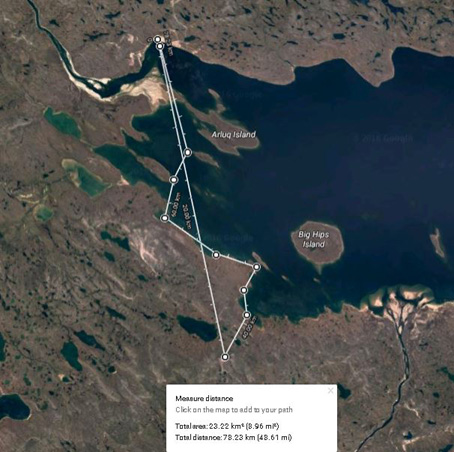 Our participants have Google-mapped her journey and calculated the distance to be over 80 km across the ice and up a small mountain. They call this mountain Nauhaaq because it’s shaped like a Sugar Loaf and can be seen on a clear day from Baker Lake. In February there are only 8.5 hours of daylight and temperatures average a high of -20 and a low of -32. With the low visibility, Susan used the snow drifts to ensure she was walking in the right direction. Being a hunter, Susan knows the land so this came in handy as she navigated.

She slept in a cabin and iglu overnight and walked in the daylight. On the way she noticed berry leaves on the ice and she knew she was close to the land. Her dog got excited because she saw a herd of caribou close by. As she reached the summit of Nauhaaq, Susan placed a heart on the inukshuk. The schoolchildren had asked her to bring that heart, representing the love she felt for the people of Baker Lake.

This double marathon on the coldest, darkest days was far from easy. On the return journey, a blizzard struck and Susan had to spend several days in a small cabin. She accidentally injured her hand and had difficulty sleeping because of the pain. Low visibility made her veer slightly off course and extended the distance she had to walk. But she didn’t give up. She just kept putting one foot in front of the other, all the way back to the icy shores of Baker Lake.

With her HF radio she spoke with William Noah who had driven out to build her an iglu.  With the whiteout conditions they struggled to find each other. Eventually Susan found him; he was waving her over and had stacked two barrels on top of each other so she could see it clearly in the snow.  She recalls being overjoyed to see him, after having been alone for several days. They sat together in the iglu drinking tea and sharing some food. Susan recalls the food tasting the best because she was both hungry and thirsty. Susan says this is at the heart of what the food bank is about: giving food to people in need no matter who they are.

William told her that people were talking about her all over Nunavut, all over Canada. Susan couldn’t believe that this was true. The following day — day 7 of her walk — Susan began to see Baker Lake in the distance. She was puzzled at a large black mass on the shore. Was it a building? She knew there wasn’t a building there. Then it dawned on her: it was people all standing together. The entire community of Baker Lake was on the shore to greet her! After this walk Susan formed the Nauhaaq Society: the first Food Bank in Baker Lake.

Susan gave some advice that she has learned over the years. She encouraged the participants to follow their instincts.

After hearing her story, one participant, Nelson Tagoona, had a brilliant idea. Some of you may know Nelson as Baker Lake’s own Throatboxer. See a clip on Tagoona’s music here.  He said, now that we’re approaching the 25th anniversary of Susan’s “Walk for Love,” what about doing another walk for the same purpose? In 25 years, food security is still an issue for the people of Baker Lake and since the Nauhaaq Society unraveled in 2015, people who are hungry need somewhere to turn for food.

I hope that this walk can be planned and executed in the months ahead. What a proud day that would be for Susan Toolooktook, to see the young people in Baker Lake carry forward her struggle for greater food security. As for our training participants, we are grateful for her inspiration. Hopefully we’ll be able to put these lessons into practice moving forward. 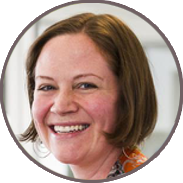 We arrive in Baker Lake

Connecting to the land, animals and each other 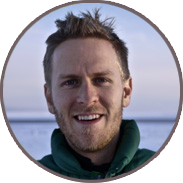 Four fires for a feast