At PMC, we believe that to do anything really well, 
you should love what you do and do it with passion. 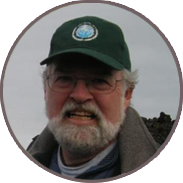 He first came to the Arctic as a geologic field assistant in 1978, involved in mapping geologic formations around Baker Lake. Since then he has lived and worked in Nunavut, having the pleasure of living in several communities in the Qiqiqtaaluk and Kivalliq Regions. The focus of much of his work has been community development and empowerment and building bridges of cross cultural understanding. As part of implementing this philosophy, many of his projects have focussed on creating opportunities and providing support for Inuit to actively engage in their communities and in the development of Nunavut.

Bruce has held several senior positions with the federal and territorial governments, and has worked with Inuit organizations throughout Nunavut.  These positions have included designing and launching the Environmental Technology Program of Nunavut Arctic College, Interim President of Nunavut Arctic College, a Cabinet appointment as the Science Advisor to the Government of Nunavut and first head of the Nunavut Research Institute, District Superintendent for Nunavut National Parks, Senior Advisor on Adult Learning for the Department of Education, and Interim President/CEO of the Qulliq Energy Corporation.  He has sat on advisory boards for several national and international foundations and agencies such as the Gateways Project for Prior Learning Assessment and Recognition, the Canadian Foundation for Climate and Atmospheric Sciences, the Northern Science Training Grant Program, the Canadian Circumpolar Institute, and the Polar Continental Shelf Project. Before retiring from the public service in 2011, Bruce was Principal Secretary to Premier Eva Aariak.

Bruce has published numerous papers and reports on adult learning, training, economic development, tourism, heritage and culture and many other subjects related to Nunavut. He has a Masters in Geography from Carleton University, is a Fellow of the Royal Canadian Geographic Society, and has received a number of awards for his work.